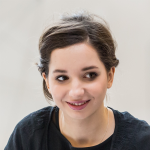 Model Nathan Westling (formerly Natalie) yesterday announced that he is transgender. The 22-year-old broke the news via Instagram, linking to an exclusive interview with CNN Style and a series of new head shots taken by photographer Collier Schorr.

The model was notably absent in the recent AW19 catwalks this season, and his interview brought to light that this was due to him taking a break to start undergoing hormone therapy. The touching article explained Nathan’s previous struggles with his gender identity as well the physical and metal challenges of transitioning.

In the interview, Westling states: “it wasn’t until I started to see physical changes that aligned with …my mental state that I finally woke up and [started] living. I’m happy. I can’t even imagine going back to how I was before because it’s just darkness”.

The wide spread support that Nathan has so far received for the announcement of his transition and sharing his personal experience, marks an important step in the right direction for the fashion industry which is striving to represent a more diverse range of looks and personalities.

Westling joins a number of openly transgender models such as Hari Nef, Teddy Quinlivan and Lea T who have all been recently featured in a number of notable shows, campaigns and publications and are leading the way in the fight for quality within the industry and beyond.