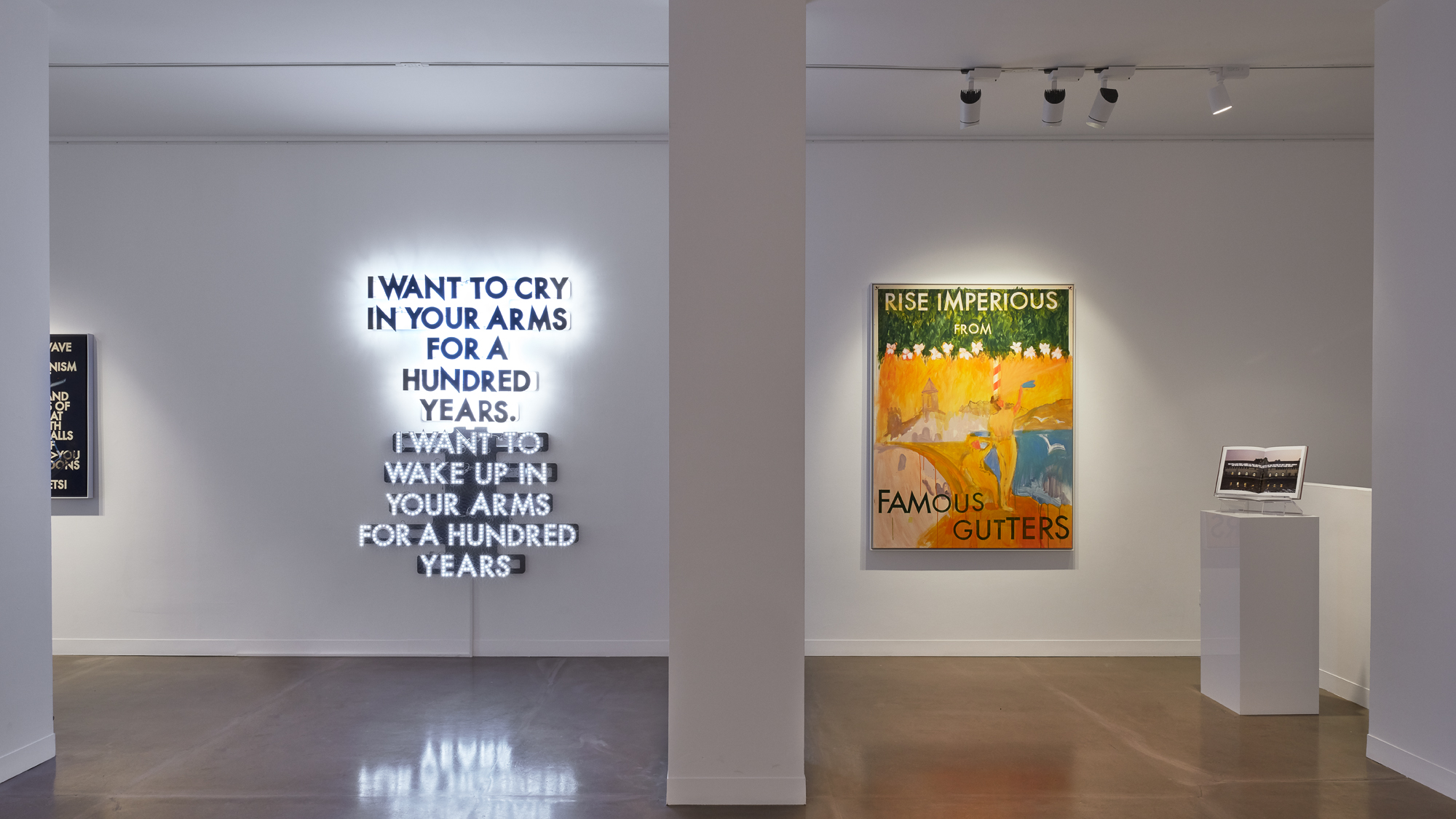 A dream conspiracy in historical cadence recalling idols, movements, methods, and a general malaised effort at pinning down the rare avant-guardian. Robert Montgomery’s work has lived in the untranslatable spaces, intentionally misplaced spaces. Words as medium, poetics as pyre, and forms that suggest liberation. His work in a fraction of seconds is a record of fragile tomorrows huffing on forgiven landscapes. His work is also a brazen revolution delivered in a stillery for the unkempt. His new solo exhibition is staged at JD Malat Gallery in London, Shiny Coloured Amusements for the Walls of the Bourgeoisie, October 1 – November 2. Montgomery has borrowed air from the tradition of retrospects yet in a graceful madness married his new paintings that are biting at the heels of constructivist tendencies. His work has historically been an offering to the sky, to forbidden boundary lines, to lost souls, and fond hearts. A conventional mode of the conceptual would be a distressing confusion at comprehension. With a depth of original poetics spilling off his lips he has shared a mouthful of hope with the public. The concept of public has been obfuscated in recent eras. Montgomery seems to be pulling it back to proper place with his actions in a simultaneous new work he has staged at Stoke-on-Trent in collaboration with B Arts. There is no announcement of egos. There is perhaps a man staring at the grass missing his wife whilst noticing white letters standing off a building with a bit of misplaced love. Fragments of one poem are spun throughout the city in a protection of stillness. We are staggering with labour at our fainting hearts. Montgomery has dislocated the limbs of the galaxy, lingering spectators of the spectacle turned silent lovers. 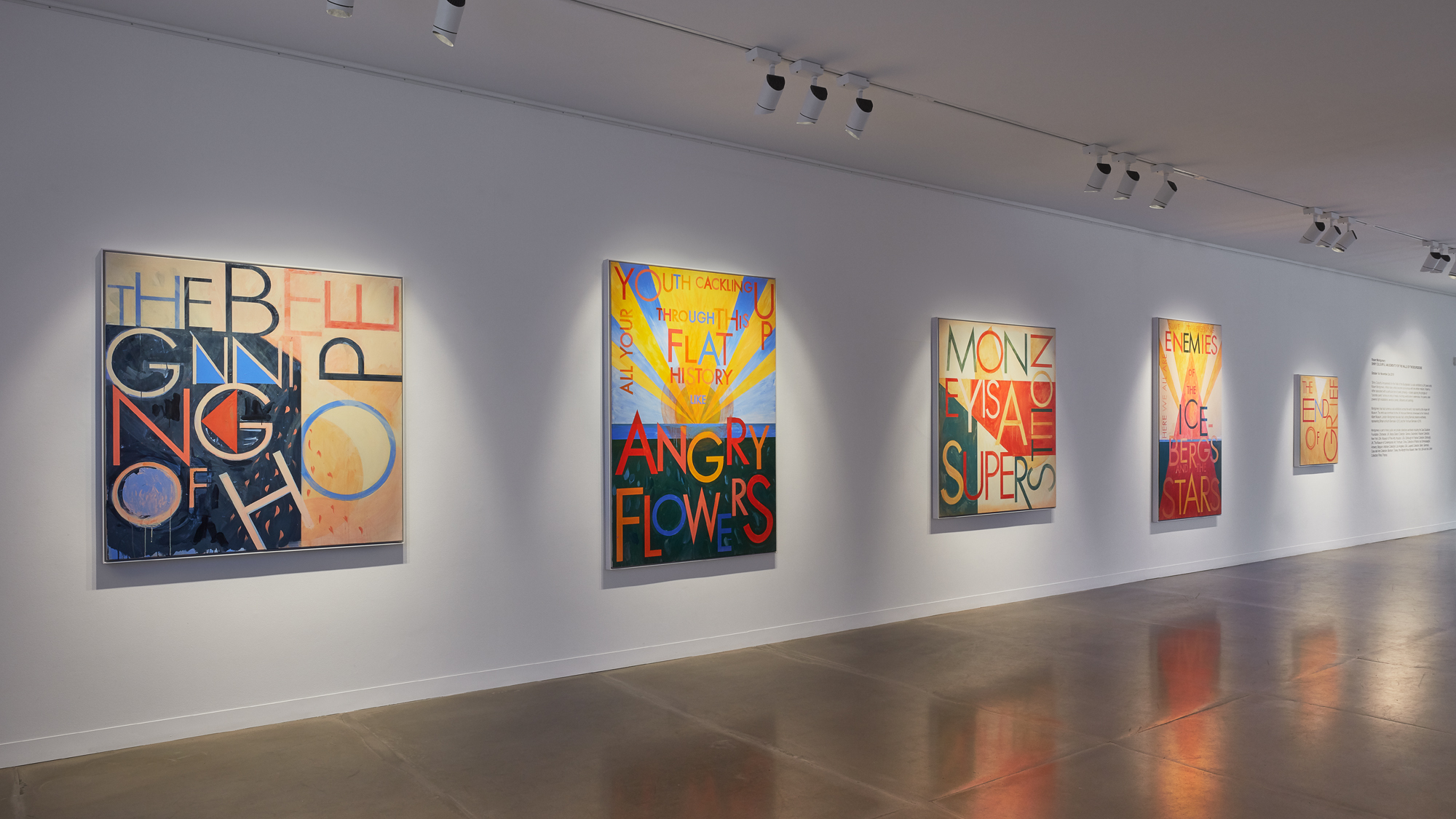 “Only total revolt against the trivializing tendencies of everyday life can yield a solid measure of light.” Jean Cocteau 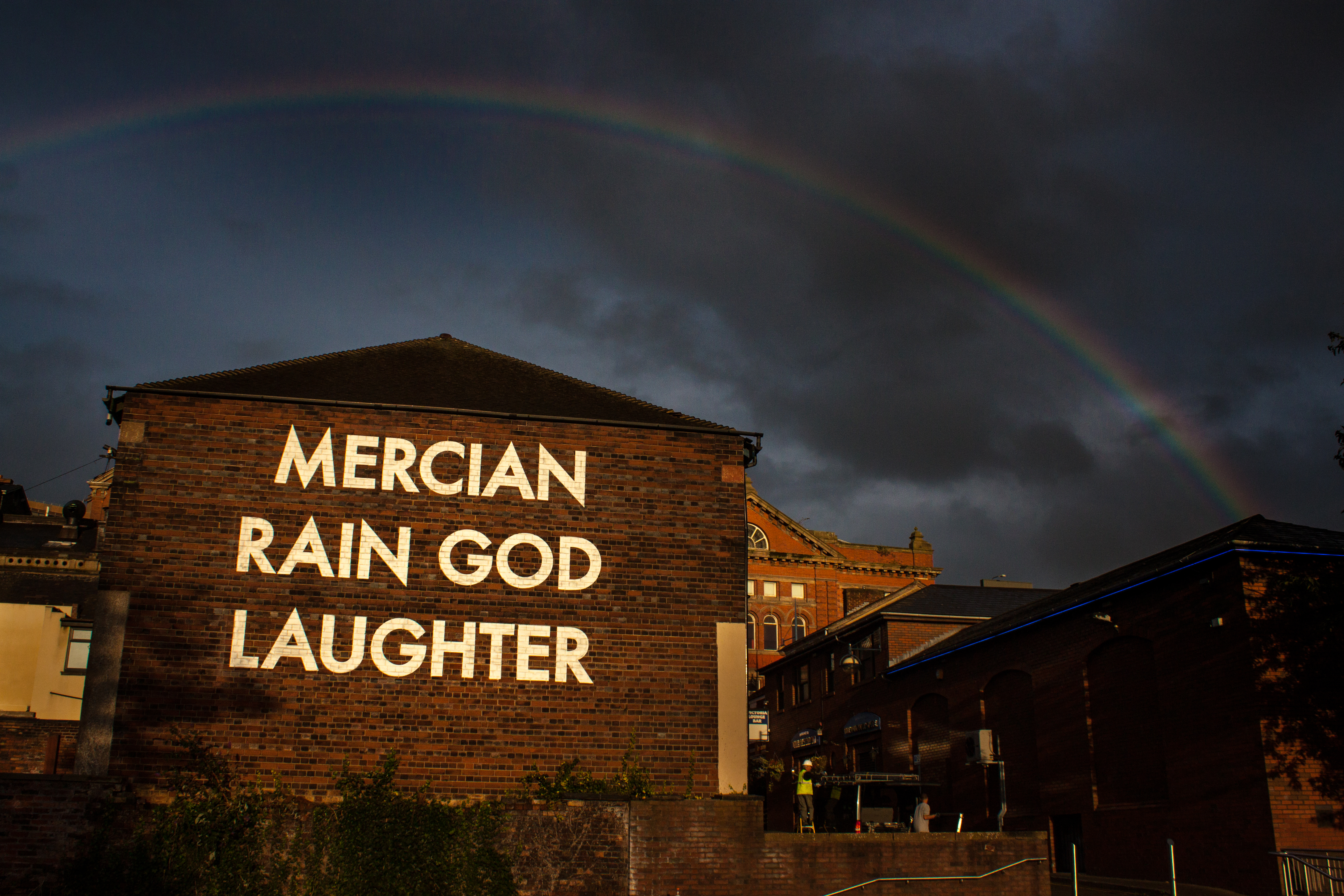 Previous Post The Dress Brands You Need To Know

Next Post Tokyo Trance by Cecilie Bahnsen and Josefine Seifert