The Clash were architects of a sonic huzz and bleeding hearts for the Londoners that lived in the city with transparency. Romans built a bridge across the River Thames in 50 AD and claimed London, then Londinium. 1976 Joe Strummer knows the future is not written, profound for a young man to know 2000 years later the same battles were still raging, and that in history sameness chokes oneness. Records like London Calling, are records of a revolution. Revolution has never given up, it has never grown too wary to stop writing a document to alter the future. Blue is the rarest color in the world, nearly all blue in nature is made by an elusive composition. There are words and sounds that transcend in the same elusory form. The Clash changed the world, the punk movement changed the world. The Clash were distinct from the movement in their cohesive refinement of concepts, of musicality in classical terms, and in no small measure by the way they dressed. Clothes are our armor, our self expression, our demonstrated code. The Museum of London is a free institution that is dedicated to the history of the city, the democracy of the institution being a public record is a worthy place to see the physical objects left from the band that are as scarce as Lapis Lazuli. Joe Strummer’s notebook of lyrics that he would later sing with a dizzy-imploding whir. Paul Simonon’s destroyed bass that he broke on stage in New York, not for a slick whack, but for the smash whack history deserved. Punk proceeded to creep around the mouthes of musicians fighting the same war. Kurt Cobain post an affray with Axl Rose at the MTV Video Music Awards in 1992 went up to the piano he thought Rose was set to play and spit on it with zeal. It turned out to be Elton John’s piano. His apology to Elton John was probably the most punk lyric ever written. I think the word myth was invented to explain things that are beyond explanation. 2000 years ago warriors built a temporary timber bridge and created a mythical city. In 1979, The Clash would begin a ballad dedicated to that same city with a military drum beat call to arms. It’s all punk.

“Strummer’s Law: No input, no output.”

The exhibition opens November 15, open until April 2020. It was curated by Robert Gordon McHarg III with The Clash and Beatrice Behlen of the Museum of London. 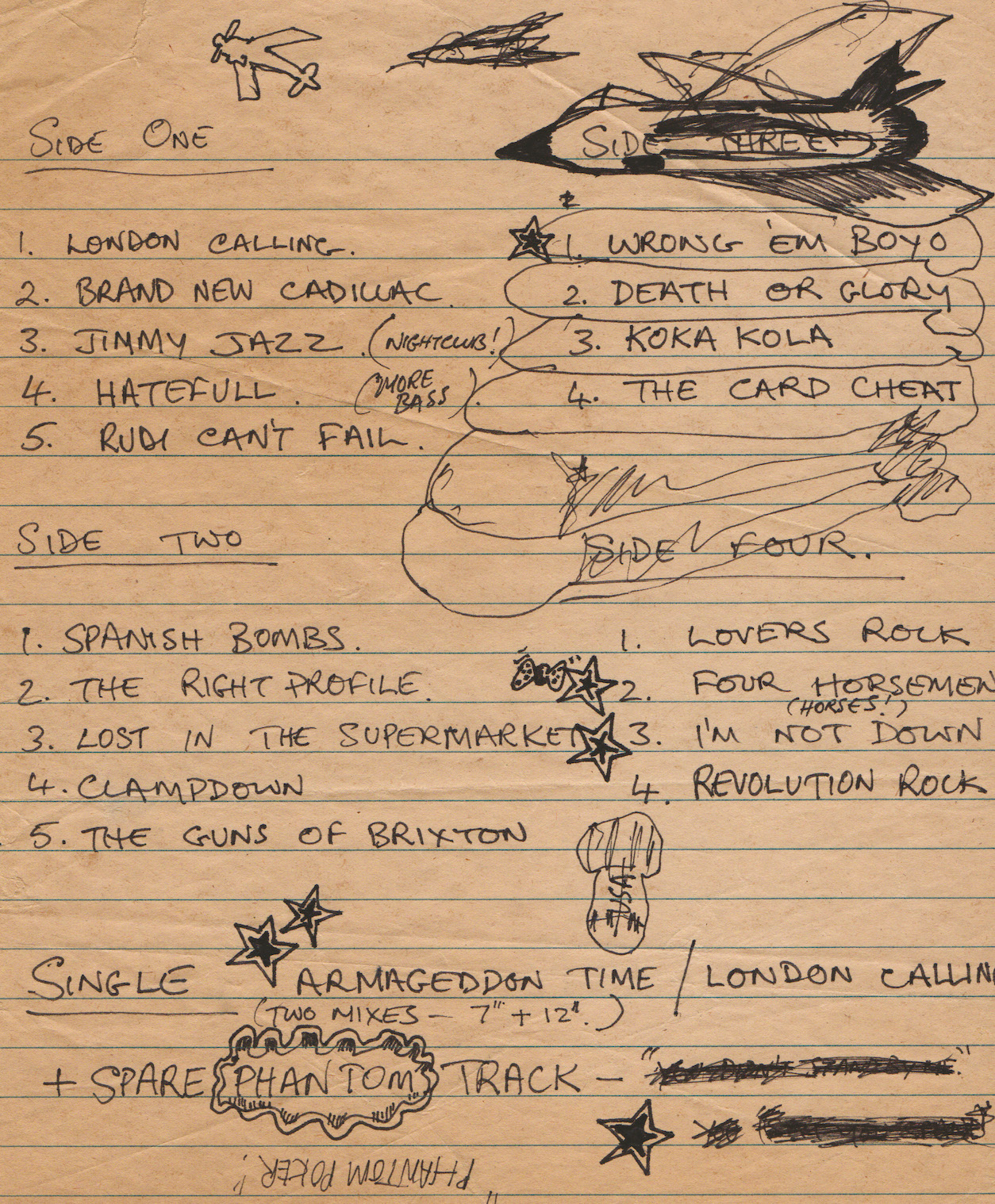 Images courtesy of Museum of London and The Clash Archive